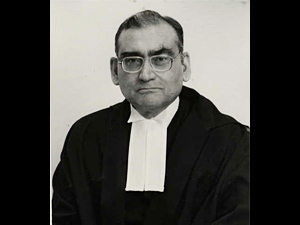 There is a storm brewing in India between the “Free Press” and the Honourable Chief Justice of the Delhi High Court, Markandeya Katju.

It began with His Honour’s recent views of the Indian media. This is what he had to say.

The sanctimonious reaction from the Indian media has been as predicted.

Coomi Kapoor, General Secretary of the Editors’ Guild of India said, “It is unfortunate that Justice Katju has taken such derogatory tone against people with whom he would be working for the next three years”.

Is this a veiled threat to Justice Katju and does it imply that the Honourable Chief Justice “has” to work “hand in hand” with the Press? And that the Press is above the Law of ethics and therefore is not accountable?

The Indian media has grown unfettered into a billion dollar business. With the advent of cable television viewership now exceeds 600 million people. Often reports are not researched and news that should be news is usually the subjective opinions of the anchors. This is fast becoming a rule rather than an exception.

The Honourable judge has spoken for the illiterate masses who can only watch TV and therefore rely on it for news, views etc.

Dhaniyavad your Honour keep going the Indian Public supports you !

I leave you with this line from a John Fogerty song,